Evidence that a survey instrument can predict for existing outcomes

If the outcome of interest occurs some time in the future, then predictive validity is the correct form of criterion validity evidence. If the outcome occurs at the same time, then concurrent validity is correct. The outcome is the criterion and the survey instrument is being correlated to that outcome/criterion.

There is no specific analysis used to yield criterion validity evidence. Depending upon the nature of the outcome above, correlations are used to establish either predictive validity or concurrent validity evidence for a survey instrument.

Tests like the ACT, SAT, GRE, MCAT, and LSAT are based on predictive validity evidence. The tests try to predict if the test taker will successfully graduate from either undergraduate college (ACT and SAT) or graduate school (GRE, MCAT, or LSAT).

Concurrent validity is often used for survey instruments that predict for a specific type of diagnosis or successful performance of a task. Psychological batteries are often given in tandem to cover a wide spectrum of psychopathology. These different batteries or tests are correlated and give a valid picture of someone's potential issues. In terms of performance, survey instruments that correctly differentiate between individuals that can or cannot perform a task are said to have evidence of concurrent validity. 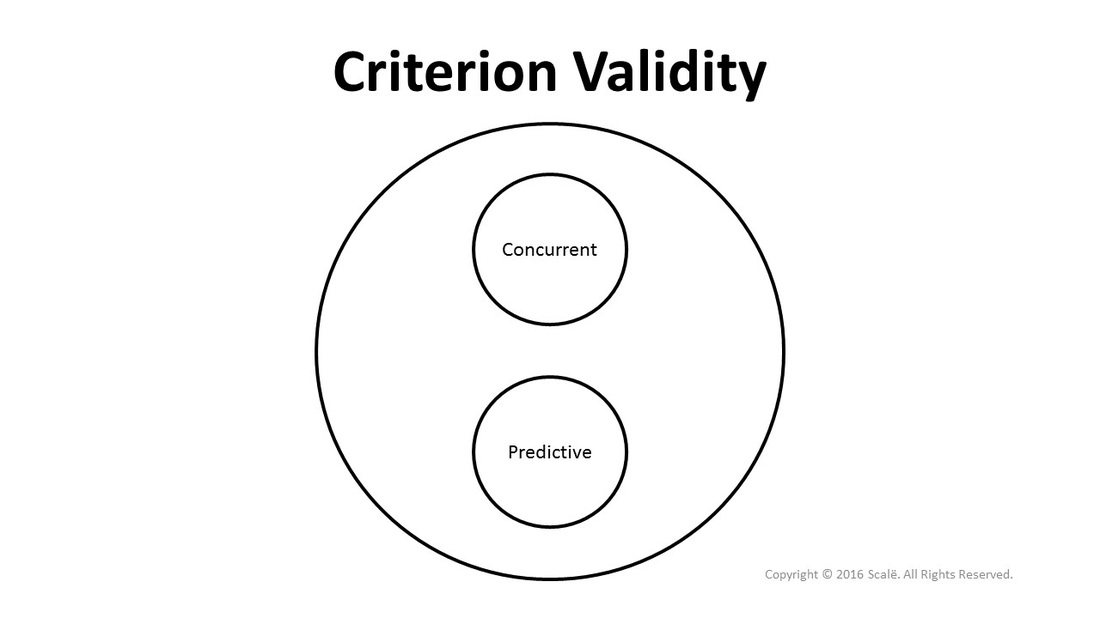