Correlations are used to assess the magnitude and direction of the association or relationship between two independent variables. The type of correlation chosen to answer a research question depends upon the scales of measurement of the two variables being correlated. Correlations are considered bivariate in nature and can lead to spurious conclusions if outliers exist in a variable's distribution. Correlations play a more central role in the social sciences in comparison to medicine. Correlations also play a prominent role in applied psychometrics.

​The coefficient of determination is a measure of effect size that shows how much overlapping variance there is between the two independent variables.
This figure depicts the use of a correlation. A sample is derived from the population. Then, two variables are correlated to better understand their relationship in terms of magnitude and direction. 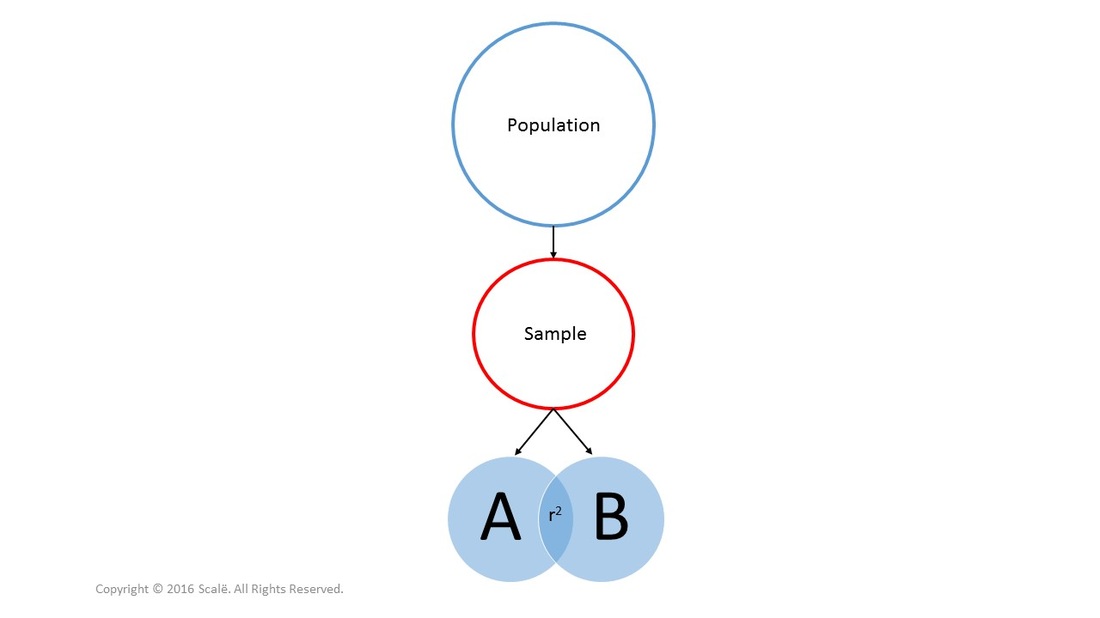 How does one choose the correct correlation test for a research question?

The choice of correlation test depends upon the scales of measurement of the two variables being correlated. There are three primary scales of measurement: Categorical, ordinal, and continuous. The combination of measurement scales dictates the correct statistical test. The phi-coefficient, point biserial, rank biserial, Spearman's rho, and biserial correlations are all considered non-parametric because one or both variables being correlated is either categorical or ordinal. Pearson's r correlation is used for two continuous variables that are normally distributed and are thus considered parametric. 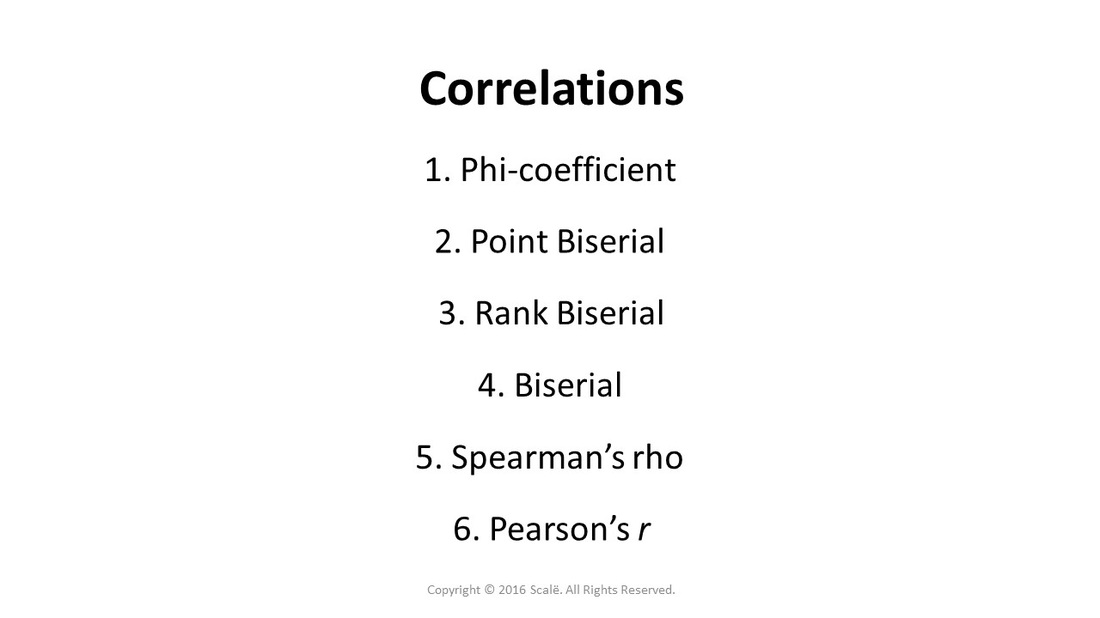