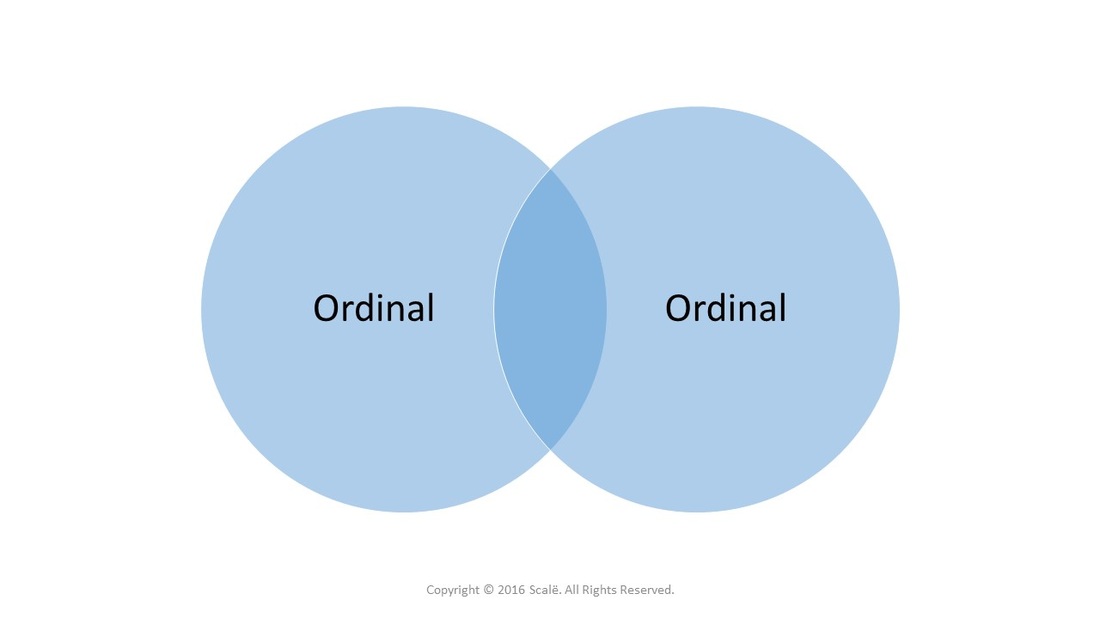 The steps for conduct a Spearman's rho correlation in SPSS

1. The data is entered in a within-subject fashion.

5. Click on the first ordinal outcome variable to highlight it.

7. Click on the second ordinal outcome variable to highlight it.

1. In the Correlations table, match the row to the column between the two ordinal variables. The Correlation Coefficient is the actual correlation value that denotes magnitude and direction, the Sig. (2-tailed) is the p-value that is interpreted, and the N is the number of observations that were correlated.

If the p-value is LESS THAN .05, then researchers have evidence of a statistically significant bivariate association between the two ordinal variables.

If the p-value is MORE THAN .05, then researchers have evidence that there is not a statistically significant association between the two ordinal variables.

Negative correlations denote a relationship that travels in different directions. As one value goes up, the other value goes down. Also, as one value goes down, then the other value goes up.
﻿Click on the Download Database and Download Data Dictionary buttons for a configured database and data dictionary for Spearman's rho. Click on the Adjusing for Multiple Comparisons ​button to learn more about Bonferroni, Tukey's HSD, and Scheffe's test. Click on the Validation of Statistical Findings button to learn more about bootstrap, split-group, and jack-knife validation methods.
Download Database
Download Data Dictionary
Adjusting for Multiple Comparisons
Validation of Statistical Findings
Back to Correlations
Research Engineer Home Page