For categorical outcomes and three or more groups, researchers calculate the odds ratio for having an outcome in comparison to a reference category.

With ordinal outcomes, researchers compare the medians and interquartile ranges of three or more independent groups to see if there is a statistically significant main effect.

When continuous outcomes are used with three or more groups, researchers have to meet the statistical assumptions of independence of observations, normality, and homogeneity of variance in order to compare the means and standard deviations between multiple groups.

If the statistical assumptions are not met for between-subjects statistics for three or more groups, then researchers can use non-parametric statistics to compare multiple independent groups on a continuous outcome.

What is the scale of measurement for the outcome in the between-subjects analysis?

The outcome represents numerical designations or categorical values that describe events or group membership.
Categorical
The outcome variable is measured using an ordered numerical continuum, such as a Likert scale.
Ordinal
The outcome variable is an actual number that provides both a measure of distance and magnitude due to having a "true zero."
Continuous
Back to Between-Subjects Statistics
Research Engineer Home Page 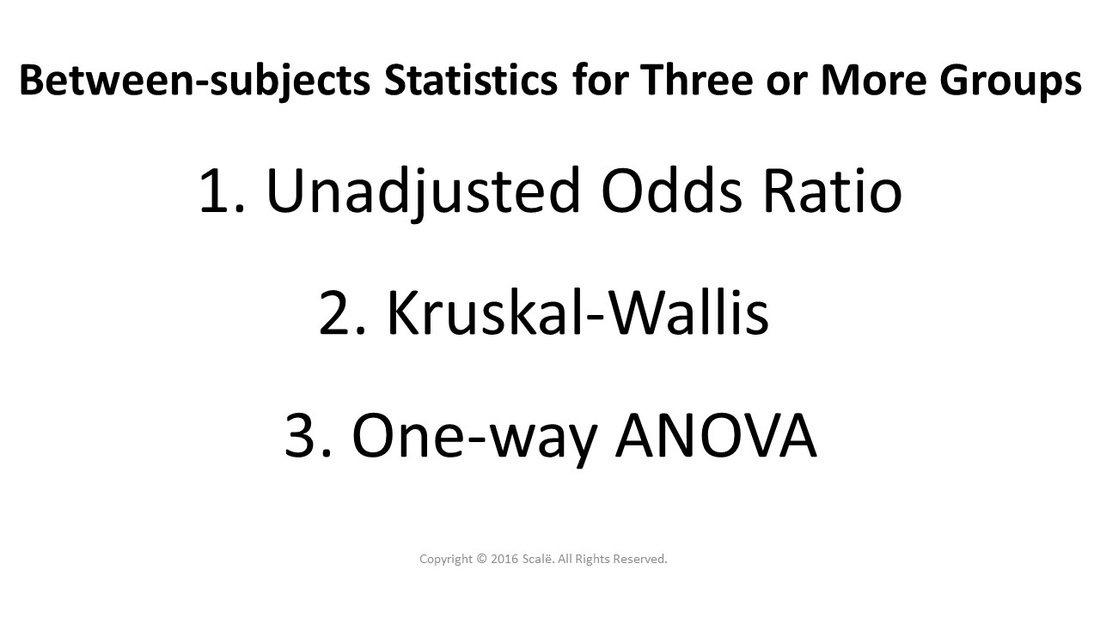