The key reason for being able to produce causal effects in randomized controlled trials lies in the random selection and random assignment of study participants. All similarities and differences between treatment groups are assumed to exist by chance when randomization is utilized. Randomization removes selection and observation biases that plague the validity of evidence yielded in observational designs. Confounding variables, both measured and unmeasured, are also accounted for with the use of randomization in randomized controlled trials.
An additional technique employed in randomized controlled trials is called blinding. Blinding means not allowing study participants, clinicians and staff, and even at times the researchers know which treatment is being given to participants. Blinding reduces observation biases. A single-blinded study means that the study participants do know what treatment they were receiving. A double-blinded study means that neither the clinician or researcher nor the study participants are aware of what intervention was being administered. A triple-blinded study, entailing the most rigorous and standardized design, adjusts for the most observational bias by removing the researchers themselves from the entire research project and having colleagues, staff, or confederates conduct the study and analyze the data.

It is also important to analyze research data using an "intention-to-treat" approach when conducting a randomized controlled trial. Intention-to-treat means that all study participants should be analyzed in the groups to which they were originally assigned before conducting the trial. The reason for intention-to-treat is to remove any biasing or skewing of study results as participants leave the study or are lost to follow-up. If these individuals are not accounted for in the analysis, then the results may show a significant effect exists when it actually does not. The individuals that leave or are lost to follow-up may have some demographic, prognostic, or predicting characteristics that led to them being lost and these variables must be accounted for in the analysis in order to establish a reliable and valid causal association.
Here is a diagram showing the sequential flow of a randomized controlled trial: 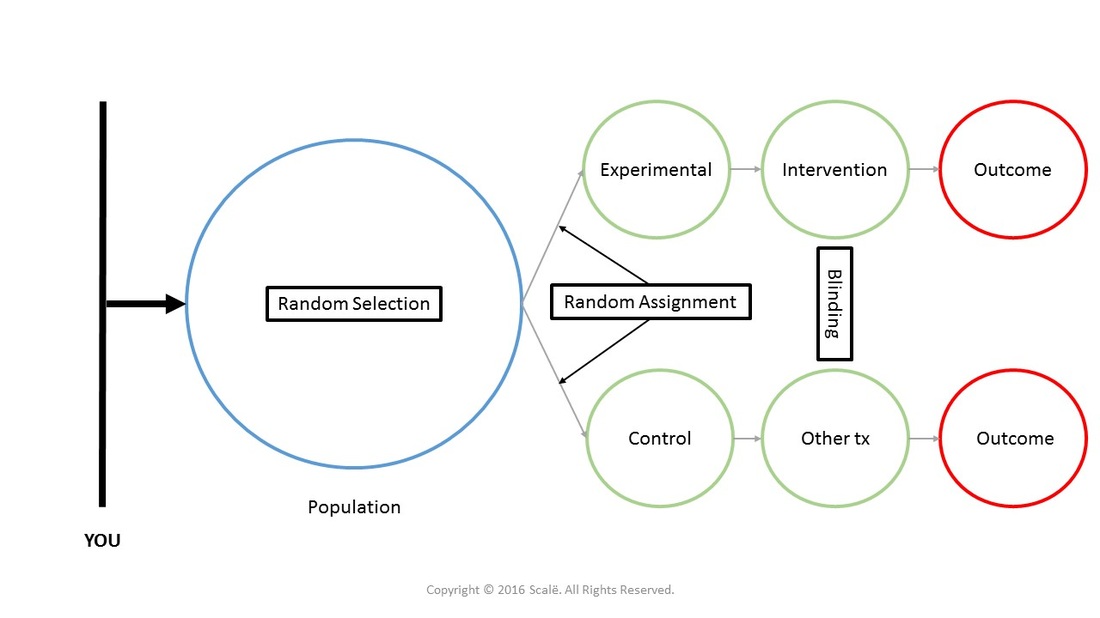 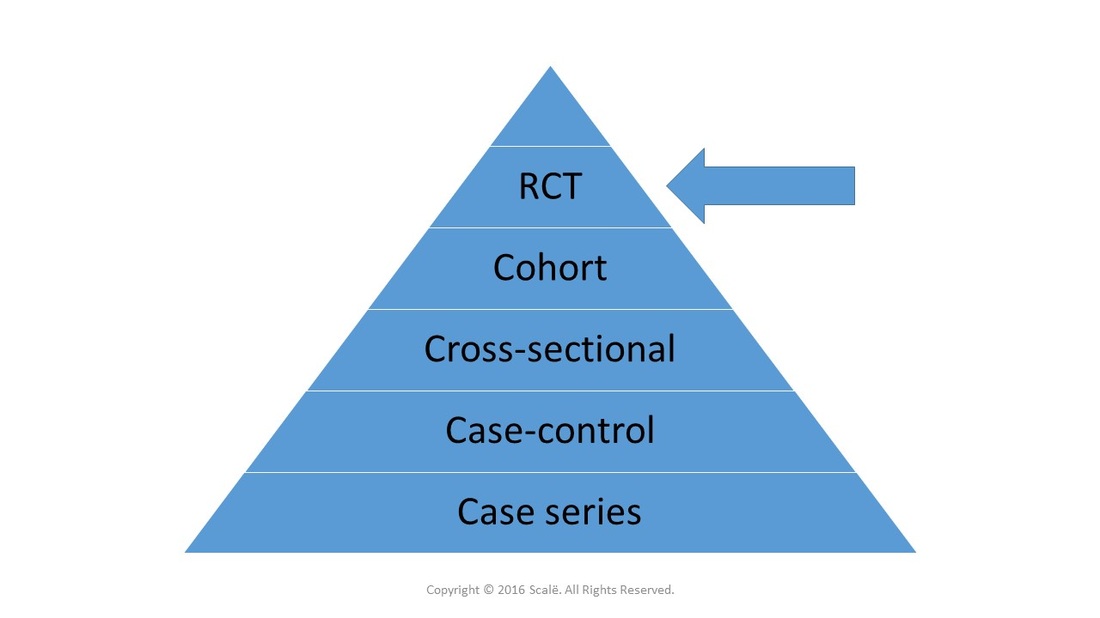 Random selection is a component of experimental designs where all members of a population have an equal chance of being chosen for study participation.
Random Selection
Random assignment is where randomly selected participants are randomly assigned to either the treatment or control group in an experiment.
Random Assignment
Blinding is a technique used in experimental designs to reduce observation bias and increase internal validity.
Blinding
"Intention-to-treat" analysis means that study participants are analyzed in the groups they were randomly assigned to at the beginning of an experiment, regardless if they fell out of the study or do not have outcome data.
"Intention-to-Treat" Analysis
Click on Statistical Power to continue.
Statistical Power
Back to Experimental Research Designs
Research Engineer Home Page