In order to run an a priori sample size calculation for McNemar's test, researchers will need to seek out evidence that provides the magnitude of the treatment effect and the proportion of observations that are expected to change as a result of the treatment. The odds ratio is the effect size in this particular design. The odds ratio relates to the magnitude of the change from one level of the outcome variable to the other level of the outcome variable as a result of the intervention or treatment. Researchers must also specify what proportion of the observations will change as a result of the intervention.

The values to seek out in the literature are 1) the odds ratio or magnitude of the intervention on changing from one level of the categorical variable to the other and 2) the proportion of the population that will change as a result of the intervention. The articles should be theoretically or conceptually similar to the study of interest. Use the reported values in a sample size calculation for McNemar's test. This is called using an evidence-based measure of effect size.

For example, let's say researchers find high quality evidence that people are twice as likely to change group membership as a result of an intervention and that 75% of participants are expected to change. The odds ratio is 2.0 and the proportion of discordant group change (people that will change from one level of the categorical variable to the other level) is 75%.

7. In the Odds ratio box, enter the magnitude of the expected change in the form of an odds ratio. Example: "2.0"

9. Enter ".80" into the Power (1-beta err prob) box, unless researchers want to change the power according to the current empirical or clinical context. 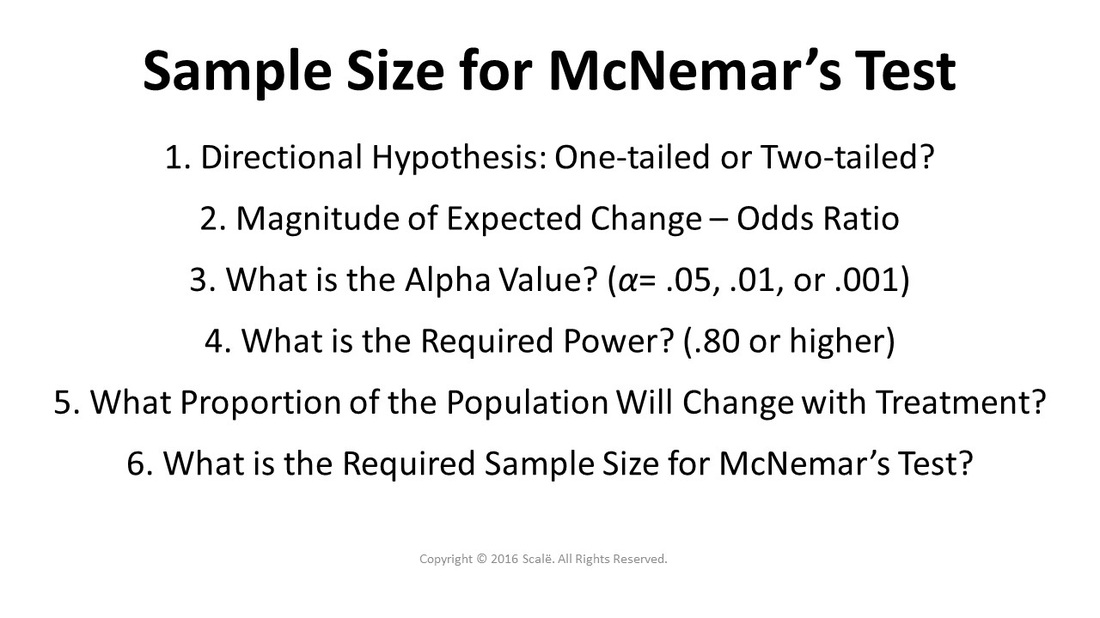