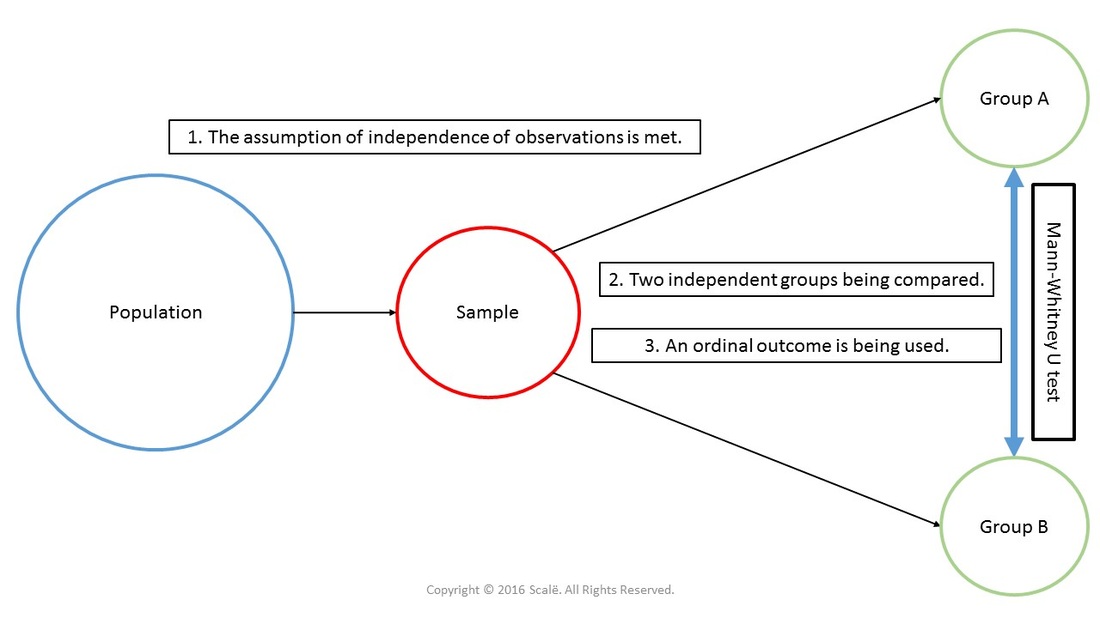 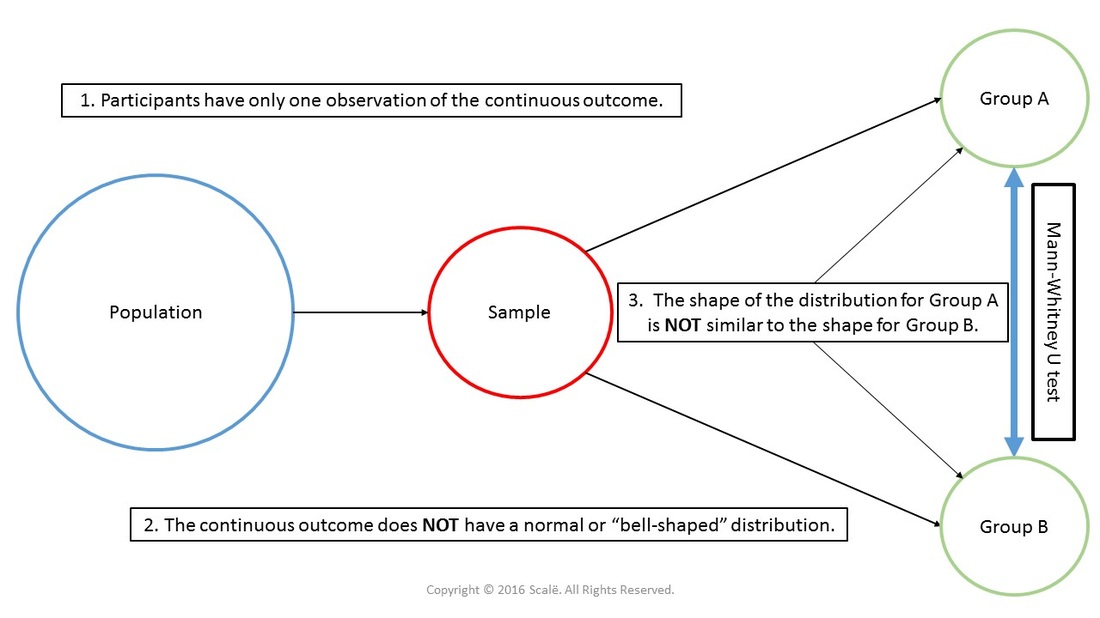 The final use for the Mann-Whitney U test is in a post hoc fashion. When a Kruskal-Wallis test yields a significant main effect, Mann-Whitney U tests are used to conduct pairwise comparisons amongst the independent groups to understand where the differences exist. 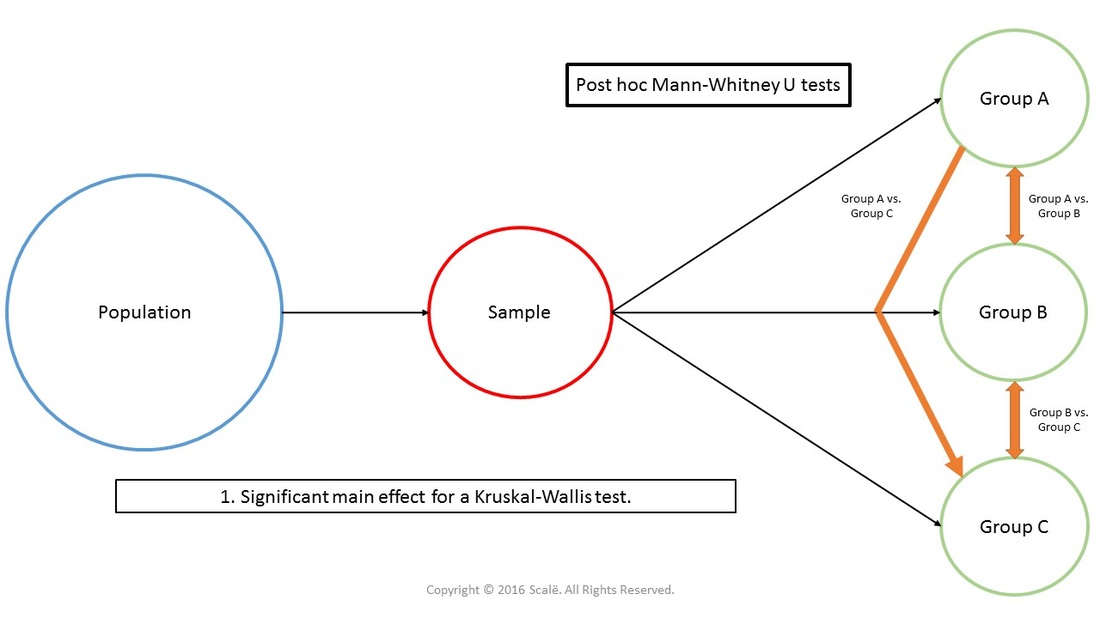 The steps for conducting a Mann-Whitney U test in SPSS

1. The data in entered in a between-subjects fashion.

3. Drag the cursor over the Nonparametric Tests drop-down menu.

4. Drag the cursor over the Legacy Dialogs drop-down menu.

6. Click on the continuous outcome variable to highlight it.

9. Click on the arrow to move the "grouping" variable into the Grouping Variable: box.

11. Enter the categorical value for your first independent group into the Group 1: box. Example: "0"

12. Enter the categorical value for your second independent group into the Group 2: box. Example : "1"

1. In the Test Statistics table, look at the p-value associated with Asymp. Sig. (2-tailed) row. This is the p-value that will be interpreted.

If it is LESS THAN .05, then researchers have evidence of a statistically significant difference in the continuous outcome variable between the two independent groups.

If the p-value is MORE THAN .05, then researchers have evidence that there is not a statistically significant difference in the continuous outcome variable between the two independent groups.
﻿﻿Click on the Download Database and Download Data Dictionary buttons for a configured database and data dictionary for Mann-Whitney U tests. Click on the Validation of Statistical Findings button to learn more about bootstrap, split-group, and jack-knife validation methods.
Download Database
Download Data Dictionary
Adjusting for Multiple Comparisons
Validation of Statistical Findings
Back to Between-Subjects Two Groups
Research Engineer Home Page