Mann-Whitney U and Homogeneity of Variance 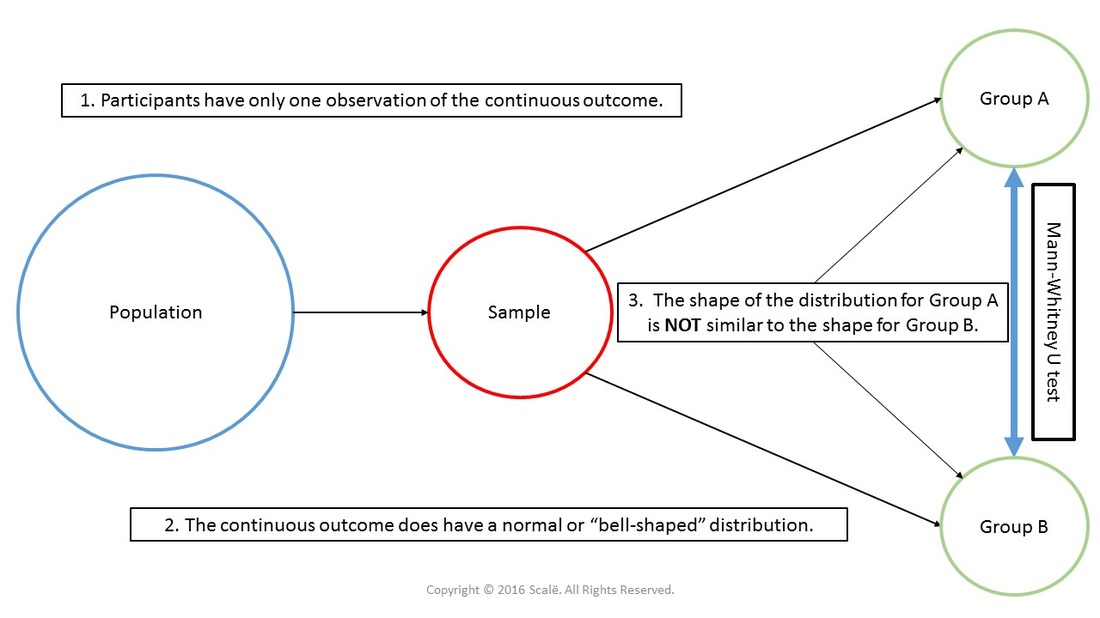 1. The data is entered in a between-subjects fashion.

3. Drag the cursor over the Nonparametric Tests drop-down menu.

4. Drag the cursor over the Legacy Dialogs drop-down menu.

6. Click on the continuous outcome variable to highlight it.

10. Enter the categorical value for the first independent group into the Group 1: box.  Example:  "0"

11. Enter the categorical value for the second independent group into the Group 2: box.  Example :  "1"

1. In the Test Statistics table, look at the p-value associated with Asymp. Sig. (2-tailed) row. This is the p-value that will be interpreted.

If it is LESS THAN .05, then researchers have evidence of a statistically significant difference in the continuous outcome variable between the two independent groups.

If the p-value is MORE THAN .05, then researchers have evidence that there is NOT a statistically significant difference in the continuous outcome variable between the two independent groups.

2. Medians and interquartile ranges are reported for each independent group when using the Mann-Whitney U test.
Click on the Download Database and Download Data Dictionary buttons for a configured database and data dictionary for a Mann-Whitney U. Click on the Adjusting for Multiple Comparisons button to learn more about Bonferroni, Tukey's HSD, and Scheffe's test. Click on the Validation of Statistical Findings button to learn more about bootstrap, split-group, and jack-knife validation methods.
Download Database
Download Data Dictionary
Adjusting for Multiple Comparisons
Validation of Statistical Findings
Back to Between-Subjects Two Groups
Research Engineer Home Page